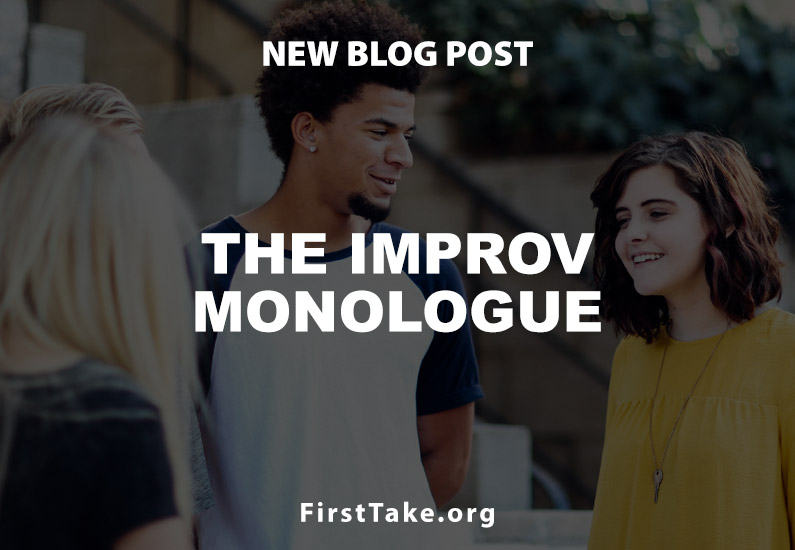 Acid test (gold): Definition
An acid test is any qualitative chemical or metallurgical assay which uses acid; most commonly, and historically, the use of a strong acid to distinguish gold from base metals.

Figuratively, acid test is any definitive test for some attribute, e.g. of a person’s character, or of the performance of some product.

If Shakespeare was correct in observing “All the world’s a stage and all the men and women merely players”, then we must also accept that all men and women in the play of life are engaged in a series of scripted scenes given by a writer…correct?  Ridiculous of course; in real life people are engaged in improvised monologues, dialogues, and actions.  Most people do not consider the sequential moments of their lives to be scenes, played out in some rigidly scripted way to achieve a desired outcome.  To live life in this way would not only be impossible, but would be incredibly exhausting and superficial.  Life is fluid, dynamic, complex, and the slightest sensory inputs can and will modify human behavior in numerous and often unpredictable ways.  It is precisely for this reason that good acting is recognized (often unconsciously) and perceived by the audience when it is in accord with the subtleties of human behavior and the concomitant interactions it engenders.

Ultimately the goal of the actor is to ‘do’ nothing.  To simply exist truthfully in imaginary circumstances based on the circumstances given to him by the writer (and director).  From the pages of a script an actor makes choices which ultimately must personally connect him to the material. This connection leaves no room for superficiality or arrogance. To humbly and genuinely engage the material as a servant of the process is the duty and responsibility of every serious actor. The actors’ heart may not be guarded or hidden in any way; his personality, essence, imagination, and internal life must be brought forth in order to affect the appropriate outcome through performance. But how can the actor be sure that he has fully achieved this state of pure being in a contrived set of circumstances and situation? The Improv Monologue is the ultimate (acid) test to identify if the actor has fully connected with the work in a meaningful, honest, and heartfelt way.

Once an actor has rigorously analyzed a script to understand the writer’s intent and how his character fits into the larger picture, he turns inward to ignite his imagination in a process which will ultimately connect the work to his heart.  Words on a page are meaningless without the emotions, intentions, and objectives that motivate their utterance.  Somewhat ironically, the majority of an actor’s work is internal; revealed, rather than displayed, through his performance.  In an Improv Monologue the actor has no place to hide; no scene, no script, no quirky character attributes, or piece of business can mask a lack of preparation (imagination).

In an Improv Monologue (IM) an actor literally tests his preparation by speaking aloud about his circumstances, as if he is talking to his best friend in an unfiltered, honest, and realistic way.  It often comes across as venting, as if the emotional pressure had been capped off and could finally be released.  When the IM is believable, convincing, and obviously connected to the actors heart it will have the desired outcome of making the audience feel as if the actor is revealing a part of his actual life.  Not a prepared scene, or the trials and tribulations of some imaginary character out there (i.e. disconnected).  Usually the stakes are very high because the material upon which the work is based necessitated it.  The desired IM will also be spontaneous, fluid, and unpredictable.  Just as a person never lives the same moment more than once, the IM (and thus the scene) will be different every time it is given.  Conversely, when the actor’s preparation is ineffectual and inadequate, the IM feels like more of a story than a slice of actual life.  It falls short of holding audience attention because it is mono-dimensional, shallow, and disconnected from the heart.  Human beings have very strong instincts when it comes to deception perception, so naturally if an actor does not fully believe, neither will the audience.

There is reason to both fear and love the Imrov Monologue.  Stripped naked, exposed for the work you did or didn’t do as an actor can be intimidating and frightening at times.  Yet therein lays the power and reason to embrace this incredible exercise and tool on the journey to mastery of the craft.  For without a way to test an actor’s preparation, each performance would be subject to chance and only the hope that a bad performance would not ensue.  Just as acid is used to identify gold from other base metals, the Improv Monologue identifies when the actor has or has not prepared for a golden performance…what could be more valuable?