The importance of being “Natural” 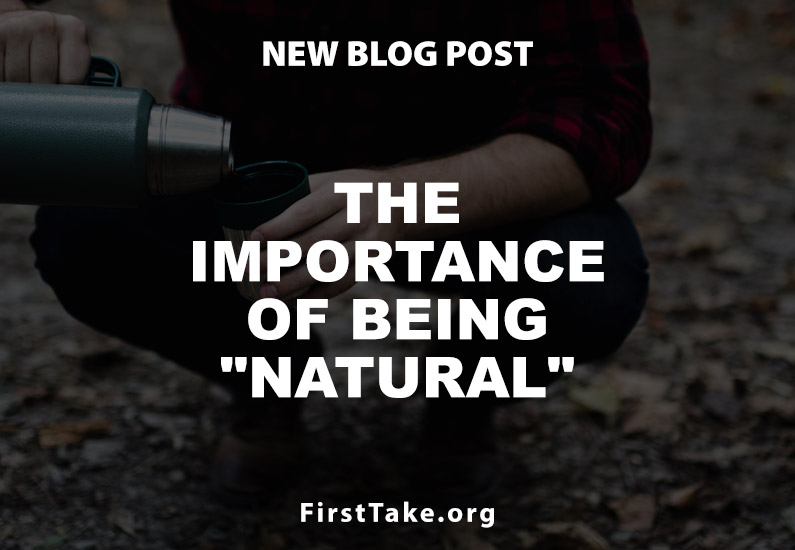 When it comes to acting for the camera much is made of the need to be “natural.” It certainly is an ineluctable truth that playing a role ‘theatrically’ for a medium that catches every nuance of the actor’s performance will most certainly come off, at best, as over the top nonsense. Hardly a believable portrayal in imaginary circumstances let alone great acting. But does a natural performance equate to good acting?

What makes a great performance on the small or large screen? To be natural is a necessary ingredient, but it’s more of a basic understanding by the actor rather than a goal to be achieved.  Like any skill, it requires training and practice to become fully comfortable with allowing yourself to be…yourself…without trying to add something unnecessary (i.e. theatrical) in order to present, and thus indicate that you are ‘acting’. As on camera actors we search for the opposite in our performances and achieve this only through a deep understanding of the idea that we are in fact good enough as ourselves. By being honest and truthful in our performances we can be interesting without adding anything extraneous and distracting.  In other words we trust that being truthful as ourselves without pushing for a result will be compelling to the audience. If this definition is what some mean as being ‘natural’ than it is an adequate one. However, if what is meant by natural is simply trying to talk and ‘act’ without  pushing the emotion and performance for a result then ‘natural’ is not wrong, but it is in and of itself not enough to be considered good acting.

How can an on camera actor be wrong for being ‘natural’?  If ‘natural’ is neutral, it is bland, uninteresting and certainly not something anybody is willing to pay money to see. There is nothing compelling about two people discussing something banal and inconsequential no matter how ‘natural’ it is played. The important qualities of great acting must always be present; script, heart, spontaneity, objective, and high stakes. Through selfless, thorough, systematic, and detailed script analysis an actor finds the essence of the work, consistent with what the writer had in mind. By connecting what is given in the script to personal circumstances through extensive imagination work, the actor makes the work personal with a deep connection to the heart.

After internalizing the head and heart work, the actor is prepared to freefall, living spontaneously in the moment, listening and reacting truthfully to what the other actor/s are doing and saying.  Having a specific need, or objective, driven by strong desires within the actor based on what the script has given makes the work interesting to watch and relevant.  Finally, when obstacles are placed in front of an actor and made difficult to achieve the stakes are raised and the final ingredient is in place for the magic to happen!  When all these elements are brought to the performance by the actor and are combined with great writing, direction, cinematography, editing, and so on…a product is created which will move people and compel them to pay for it. Just being natural… not so much!

We can say unequivocally, that although it is necessary, the answer to the question of whether being ‘natural’ is enough for film and television is a resounding…no!    To say otherwise would be tantamount to suggesting film and television actors are less skilled and require less craft than those who take the stage, and can somehow manage to get by simply by acting…well…’natural’. This is no truer than suggesting a stage actor can get by simply by yelling to the back row of the theater!  In all forms of performance, whether stage or screen, the requirements of skill and craft attained through diligent training and study remain integral, regardless of the means of distribution and venue of that performance.   In other words, good acting is good acting is good acting… naturally!

Always remember, you are enough!