How to become a working actor in Los Angeles 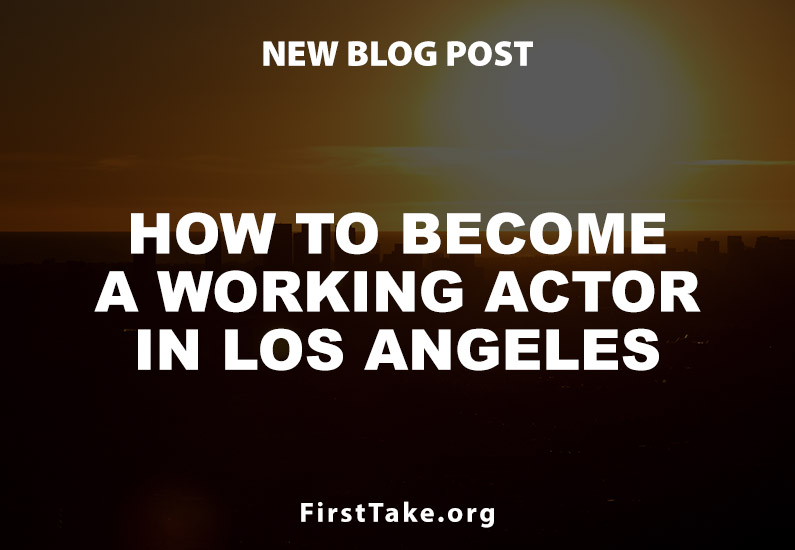 “I will either find a way, or make one.” -Hannibal

With regards to becoming an actor, the one universal truth that resonates in the film and television industry is that it is competitive…extremely competitive.  Every day new faces arrive in Los Angeles with the hope and dream of becoming a movie star.  On those same days an exodus of disillusioned, would be actors leave town abandoning their dreams for a steady income or the security of a profession which provides predictability and normalcy.  Of course there are rare exceptions; that occasion when a young, beautiful talent shows up and gets cast in the next blockbuster without so much as a credit on her resume.  She is catapulted to stardom in the blink of an eye, flying high over the long, emotional process (the trenches) that most actors inevitably must endure and progress through if they are to succeed.   Those are rare exceptions however, and not particularly useful to discuss for those who desire entrée into this exciting, sometimes prestigious and even lucrative profession.

The reality is that the decision to become a professional actor in Hollywood is not one to be taken lightly.  Not only does it demand tremendous skill and ability to execute under pressure, but also a level of commitment and perseverance only a small percentage will ever be able conjure up.  In a word, it’s a marathon.  It’s an Olympic level marathon in ninety degree heat, one hundred percent humidity, and some arduous terrain climbs.  The frontrunners are well trained and want to win more than anything and anyone who endeavors to be a part of that elite group will need to be absolutely committed.  That’s also the good news!

Why is it good news?  Because the challenging nature of this marathon means it will not be completed by all that enter this race.  Moreover, those who train, empower themselves, remain mentally and physically tough, learn how to market themselves the right way, gain skills in networking and relationship building, and above all persevere until the end will have a chance at tasting the glory of winning the race.   By its very nature the competitive business of acting culls out the majority of aspiring actors from the herd.   It is often said that once an actor has done everything in his control, he is only competing with about ten percent of the talent pool.  Even some very talented and promising individuals will fall out of the race due to the myriad of obstacles they are unable to overcome.  It is unforgiving and is indiscriminate in the evenhandedness with which the business of Show Business tests the fortitude and mettle of each artist who endeavors to play in the game at the highest level. On the flip side, for those who endure and ultimately succeed, the rewards can be extremely satisfying.

Once you understand what you are working with and the challenge that lies before you, it is possible to make informed decisions on how to move forward in the most logical and reasonable manner in an effort to attain your goals as an actor.  In this regard an examination of the qualities, habits, and actions of the dedicated individual who stays in the game long enough to actually become a working actor in Los Angeles is worth doing.  It takes the mystery out of the process and allows an actor to mobilize their initiative by taking positive steps towards building their career in film and television.

Until next time, enjoy the journey and remember… you are enough!