How long does it take to become an actor? 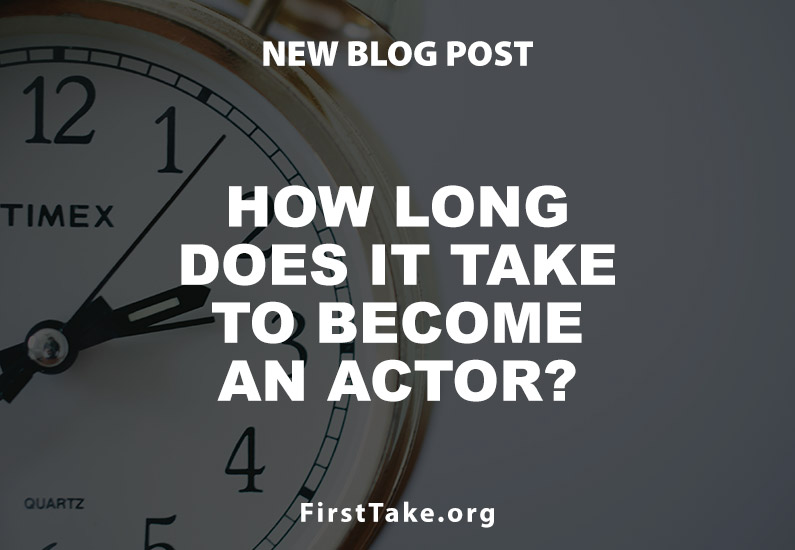 A 20 year old college student and aspiring actress walked into class the first week and shared that she was moving to LA in a couple of months and wanted to get a little bit of additional training and add to her resume before making the move. She felt her experience in high school drama productions, and some community theater provided a solid foundation to work in film and television. She had been told by her friends and family that she was born to perform and with her undeniable good looks would surely go far in Hollywood. After a few weeks of class it was clear that although the student displayed some good solid potential, she was not trained and still very much a novice actor. This scenario is common and the perception of this individual is shared by many who are considering an acting career. But is it realistic? How much training and experience is required? How long does it take to become an actor?

Some hard facts and common sense are needed to answer this question. First, let’s examine the above scenario with regard to another profession. Let’s say for example you knew someone who wanted to be a concert violinist. Suppose this individual played two years of violin in the high school orchestra (averaging 5 hours a week during the school year), and then played about twice a week (an hour each time) in the two years since high school graduation. In all, this person spent about 650 hours total practicing and playing the violin. If this individual announced they were moving to England to play in the London Philharmonic wouldn’t you stop them and try to encourage them to reconsider? Possibly suggest a bit more training was in order before making such a big move? Wouldn’t we all agree the individual’s perception of their skill set was not matched to their ambition?

Psychologist K. Anders Ericsson conducted a study of violinists at the Berlin Academy of Music in the early 1990’s. The results revealed a direct correlation between the level of success each musician had achieved and the hours spent practicing their instrument. Moreover, in Ericcson’s study there were no “naturals”, individuals who seemed to rise to the top seemingly without the amount of practice others required. The truth is the top violinists practiced a lot more than the other musicians, about ten thousand hours (versus six to eight thousand hours) by the age of 20.

It’s been said that it takes 15-20 years of continuous work to master anything. Professional athletes, concert musicians, ballet dancers, and opera singers generally begin at a young age and don’t reach their peak until their twenties or even thirties. There are always exceptional individuals that exhibit genius from an early age, but for the most part it takes years and years of hard work to achieve the elite status of these professions.   If it takes ten thousand hours to master a musical instrument, why would anyone think it takes just a small fraction of that to become an actor? Such misperceptions of the acting profession as a whole are material for another discussion.

The fact is that there are no short cuts when it comes to mastering the art and craft of acting. It’s a complex and challenging endeavor requiring years of training, dedication and commitment. However, by embracing the journey leading to mastery the student can find untold opportunities for growth, reward, understanding, and artistic expression along the way. The really great thing is that you can begin this journey any time and at any age!

Watch our FREE 3-part Video Training Series
1. Could I be a Working Actor? - 2. How to Enter and Exit an Audition - 3. How to Dress for an Audition